Sorry for the long silence! I’ve been on holiday and having family visiting, so I haven’t been able to work much for a while.

We’re still printing the prototype for “Battle of the Meteor” so in the meantime I’m working on other things. I decided to pick something more from my “animals I want to draw” -list so here comes a baboon drawing study. Olive baboons to be exact.

Baboons were added to my list something like a year ago when I saw them on a documentary (shocking I know), and realized they’re quite scary. Honestly they might be the closest we have to actual werewolves. They are intelligent, dangerous, eat everything and hunt in packs.

Here’s the reference images I was using: 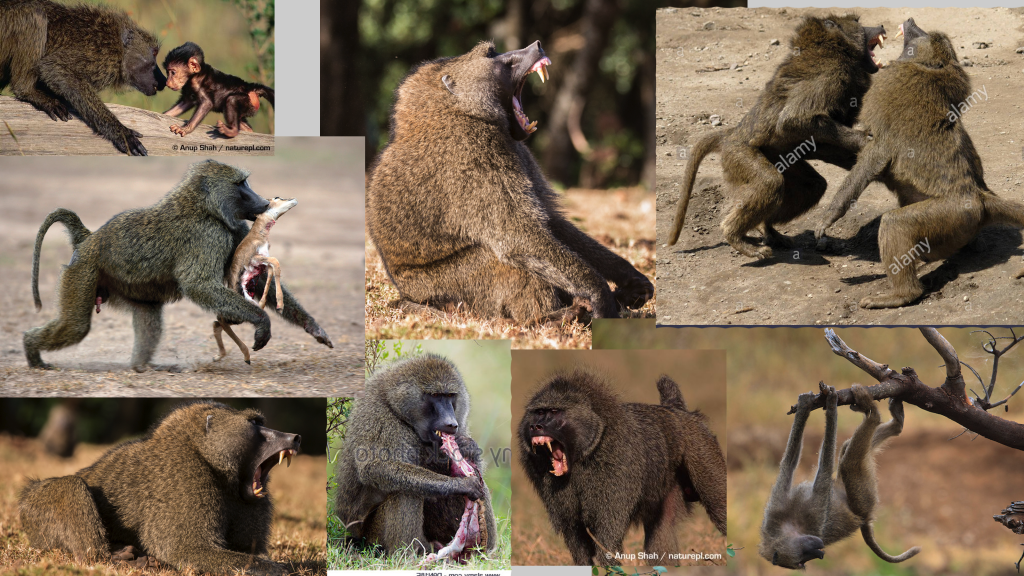 This was purely a drawing exercise, so I decided on not using any colours or other brushes than my usual sketching brush and the normal round eraser. All in all it probably took me about 4 hours, with the detailed head in the middle taking a bit longer than the rest, maybe an hour. 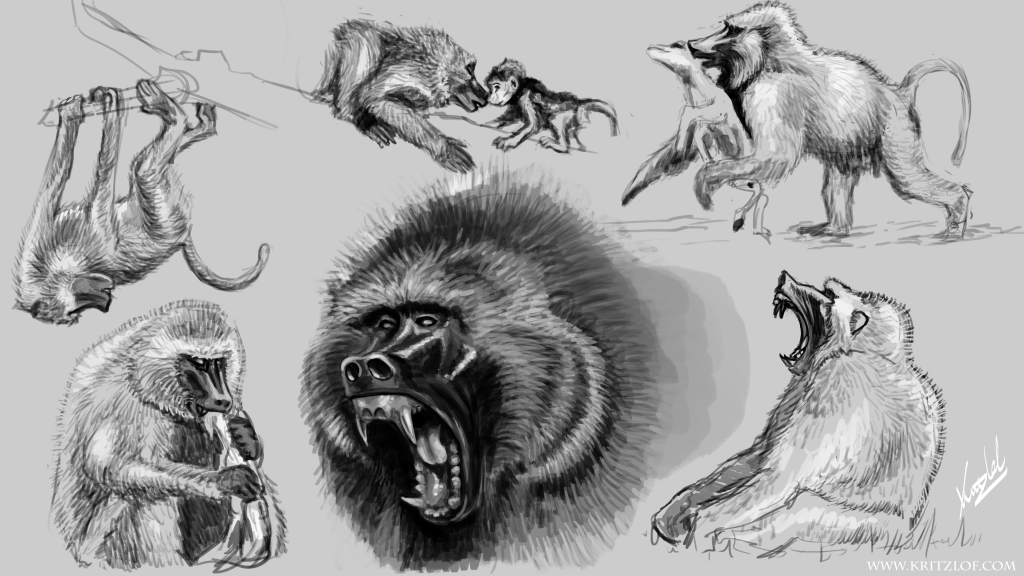 Painting from photos is kind of relaxing, and maybe something that I should do more often. Since I mostly do fantasy or sci-fi themes it doesn’t happen very often that I draw something completely from references.

Thanks for having a look, I’ll keep posting updates on the other projects as they make progress.