“Kerian was the first person to ever take a closer look on this alien material that had suddenly entered their world. Even though the Legion had not been victorious in the initial battle at the site of the meteor,  they had managed to recover a few shards of the crystal which now had been transported back to the capital.

Just as the other races, the Legion were eager to put the crystal’s power to use and not be left behind their enemies in this arms race. This is why Kerian had to use all her cunning and charm to persuade queen Letitia to let her examine one of the shards more closely before putting it to use. The Queen was determined that this new power source must be used quickly to bolster the power and defense of her people but she ultimately gave in to her old friends pleading and let her have her way.

Although Kerian was a senior in the investigator guild, she had never studied something quite like this before. The crystal shard constantly emanated energy and Kerian found it hard to focus on it’s actual structure and use, and often found herself losing concentration while gazing into its’ glowing core.”

Since the assets for the prototype are now delivered I though I’d take some more time making paintings and walk through my work flow. I’m also gonna try to expand the lore of Battle of the Meteor outside of the board game to establish more of this world that I’ve started to create. Hopefully you’ll see small stories like this pop up now and then.

Well then, on to the illustration:

As I usually do I started with a very loose sketch, which I refined to a rough lineart, before I started to work with the values. With the lineart and sketch as guidelines it’s quite easy to get a good grasp of how the finished image is supposed to look and to paint this out with basic values. Next I continue to work through the values so that the black & white image is more clearly defined and quite closely resembles the final image, just without color. While doing this I realized that the background I created was very flat and in an attempt to fix this I adjusted the wall and objects in the room to give it more perspective:

When I felt happy with the B&W version I started to add color to the image. I did this in two steps. First I tried to establish all the objects’ native color and then I adjusted it to the light sources in the image:

Most of the process left at this point is just to go over all details and make sure that all important areas look good. This can be a long process and it far less dramatic than the first 1-4 hours at the start, but if its gonna look really good, that’s just work that has to be done.

I wanted the crystal shard to have a lot of impact in the image and I wasn’t sure how I would accomplish this in the best way. I tried out warping the environment around it, like how extreme temperatures creates heat waves in the air, to give the feeling that its’ power almost makes the air boil around it:

That’s probably the most notable parts of the creation of this image. Most of the work just goes into polishing every part to its’ best state and that’s best seen in the full process GIF. Anyway – Here’s the final picture: 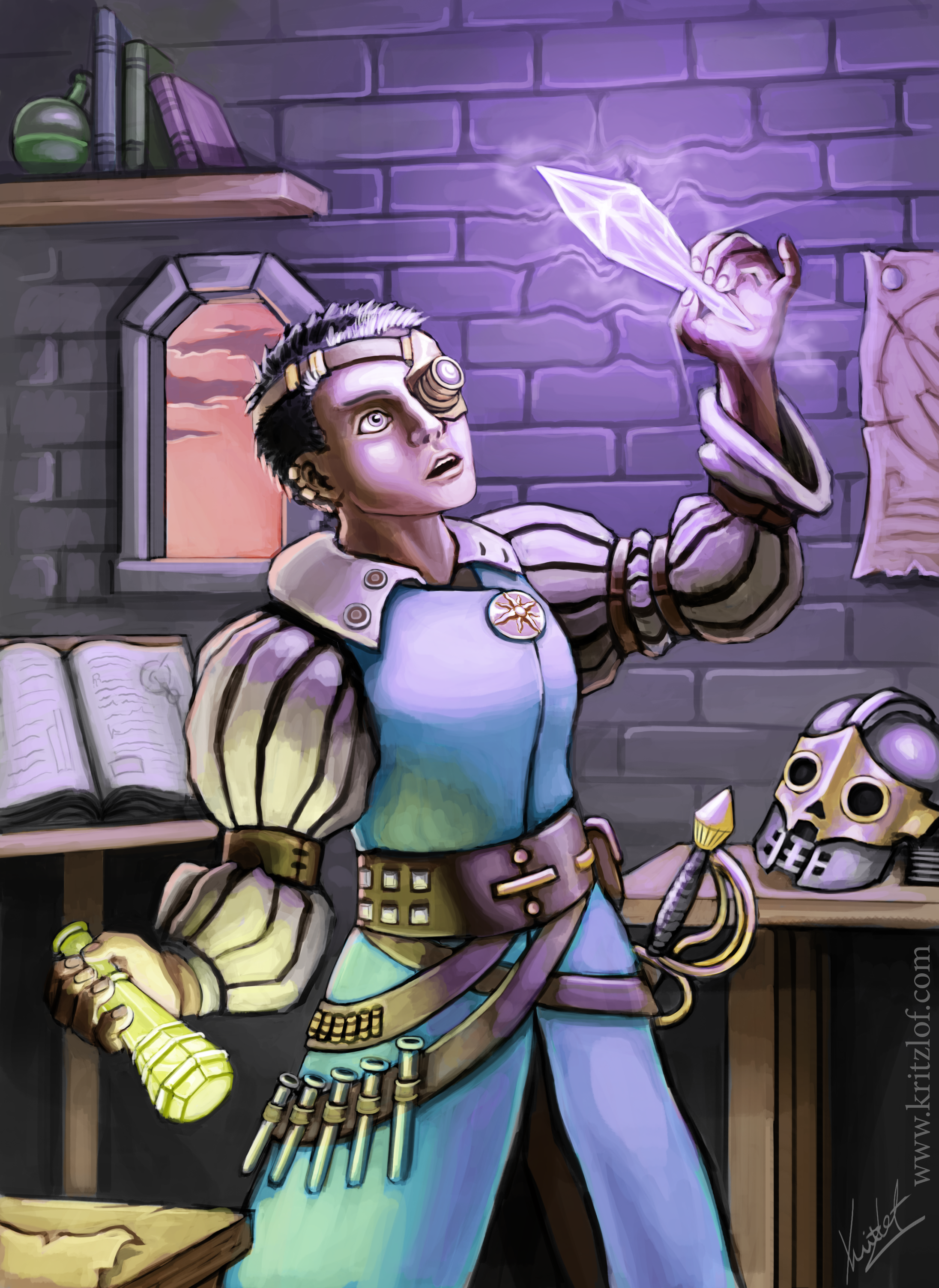 Thank you for reading this post. I’m trying to find a good formula for these “step-by-step” posts so please comment or get in touch if you have any feedback or if you like/dislike this kind of content. For example I tried to make some of the GIFs a bit smaller when the changes was obvious, to lessen the need for unnecessarily scrolling. Hope you enjoyed it!