As I have mentioned briefly in other post I’ve been thinking for a while about some of the vocabulary of the game, and also the game’s name. First off, the game name was something that I came up with very early in the project and I simply used it as a temporary title. However, after a while I started getting doubts about it and thought that I had to find  better one. I’ll write more about my choice in this matter in my next post.

Secondly, it was the name of one of the core mechanics in the game – the “attacks” which is what I’ll explain in the rest of this post.

The tiles in the game grant points in different ways, but the most common way of getting points is by your creatures “attacking” enemy creatures, like in the picture below where the skeleton attacks the elemental (indicated by the triangle on the skeleton tile pointing at the elemental). 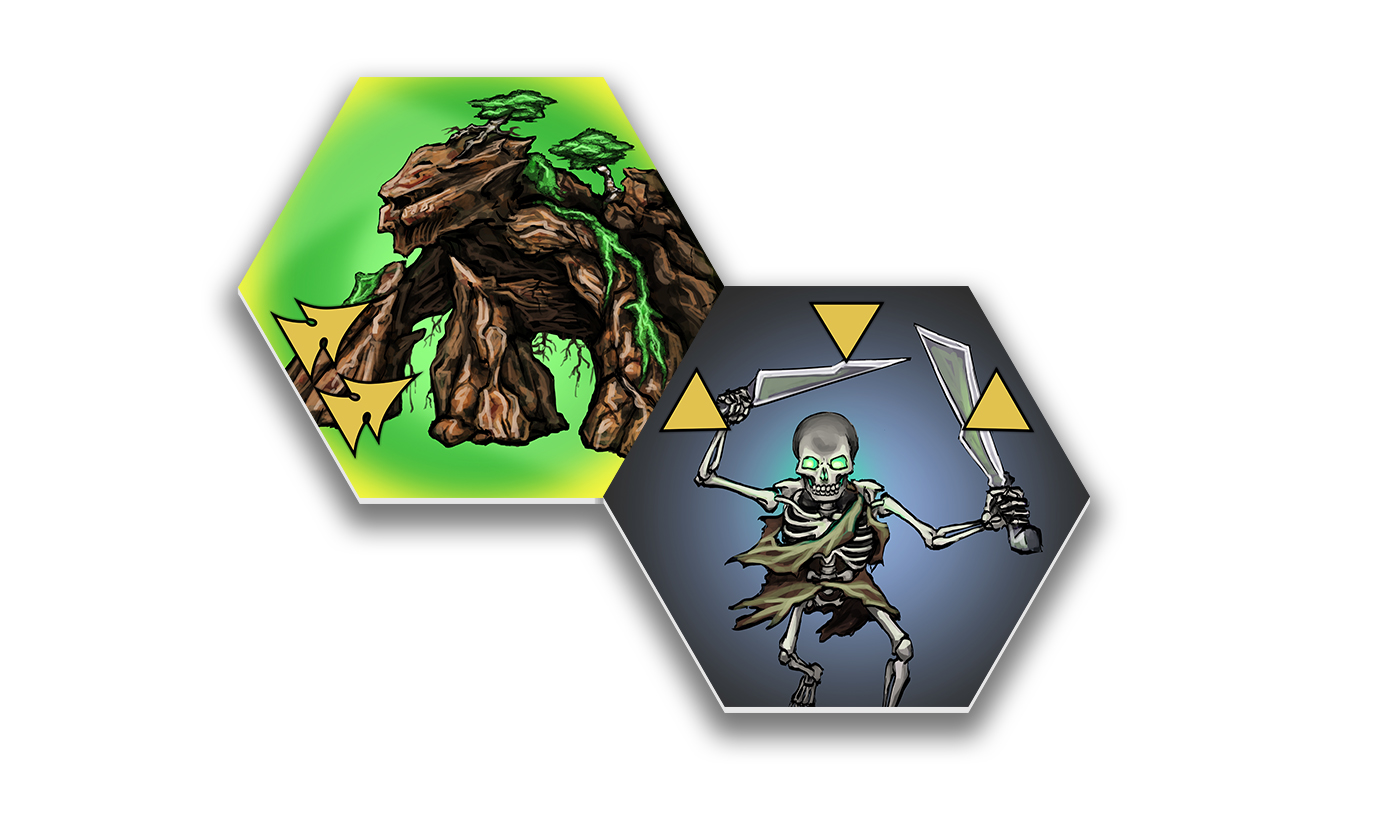 But due to how the point system works in the game, it seems some players get confused. The tiles are only worth the points for as long as they stay in the same place and so, if they are moved, the points are lost. Even though the points are counted during the game, they are are finally scored only when the game ends. I realized that it’s easy for players to assume that the attacks “happen” or activate at certain times in the game and that they can be sure to keep the points that has been gained. In an attempt to make the mechanic easier to understand, I wanted to replace the word “attack” with a more passive term.

I made a survey for both of these issues that I sent out to people I know to get some input on the matter, and for now, I’ll try out using “Threat” instead of “Attack”. My hope is that this will more smoothly align with the idea that the battle and final scoring will happen after all tiles have been laid out and that the player that more favorably “threatens” her enemies at that point will be the winner.

Hopefully that makes the mechanic a bit simpler to understand. I’ll write more about the naming of the game in the next post!