While not much is happening with the other projects right now I thought I’d show you a little of what I’m working on at the moment. I was contacted by a board game designer in need of an illustrator to create the art for his board game. He’s been working on the game for several years and it’s mostly just the art that’s missing.

The game is a post-apocalyptic survival/scavenging game that’s split into two main phases – one where the players venture up from the safe underground areas to search for loot and tools that may help them survive, and a final phase where they must use whatever items and weapons they’ve found to battle mutants and (hopefully) win the game.

The images show a few of the illustrations I’ve done so far. The designer has a keen eye for making sure to color code items that belong together (such as bullets and their respective weapons) which is really smart. Because of the theme there’s a lot of gloomy, abandoned city settings, which is very interesting to work with. 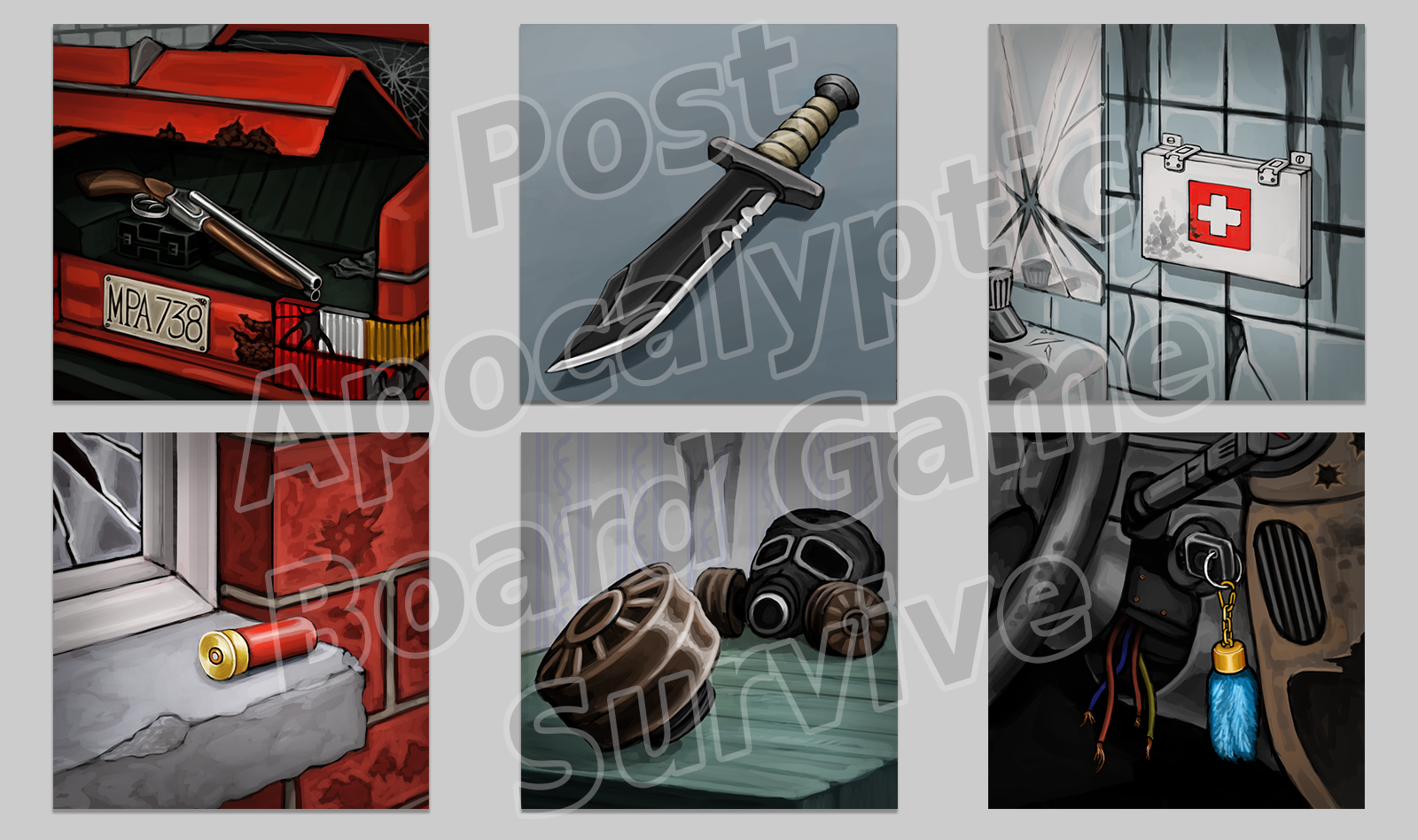 At the moment I’m illustrating all the item tiles that the players can find and trade during the game as well as the mutant tiles which they can encounter while searching if they’re unlucky and in the games end phase. The designer has been very fun to work with so far and I hope everything goes well with the final phases of the development. There’s no website for the game at the moment, but the game might show up as a kickstarter campaign during the next year, so keep an eye out for it if you’re interested!