With this entry I’ll start off two types of posts that I’ve been thinking about doing. One about things that I like or that inspire me, and one about drawing studies. They just both happened to be part of the same post this time.

The “Inspiration” posts will simply be a way and opportunity for me to write about things I like. Games, themes, genres historical settings and other subject and how they inspire me and my work. The “Drawing study” entries will be posted after I’ve spent a few hours studying a particular subject. I enjoy watching nature documentaries and this has made me keep a list of all fascinating animals that I want to study and draw, and this will be an opportunity for me to start to work my way through this list.

Mount & Blade: Warband is a game that I first played around 2009-2010 and that I recently started playing again, something that has taken an awful amount of time in the last few weeks. It’s a medieval strategy sandbox rpg-something, and it’s probably one of the most time consuming games that I’m compelled to engage in. As the player you get a lot of choice in how to approach the game, but the natural development will most often consist of recruiting an army and eventually either joining a faction or create your own. You get to control your army on the overworld map and decide what strategic actions to take, but you also get to join your soldiers on the battlefield simultaneously commanding them and fighting in a third-person perspective. This last part is what really makes the game so engaging for me. Furthermore, Taleworlds are now developing Mount & Blade 2: Bannerlord which will release later this year, so things get even better (or worse if you think of all the time it will rob me of). 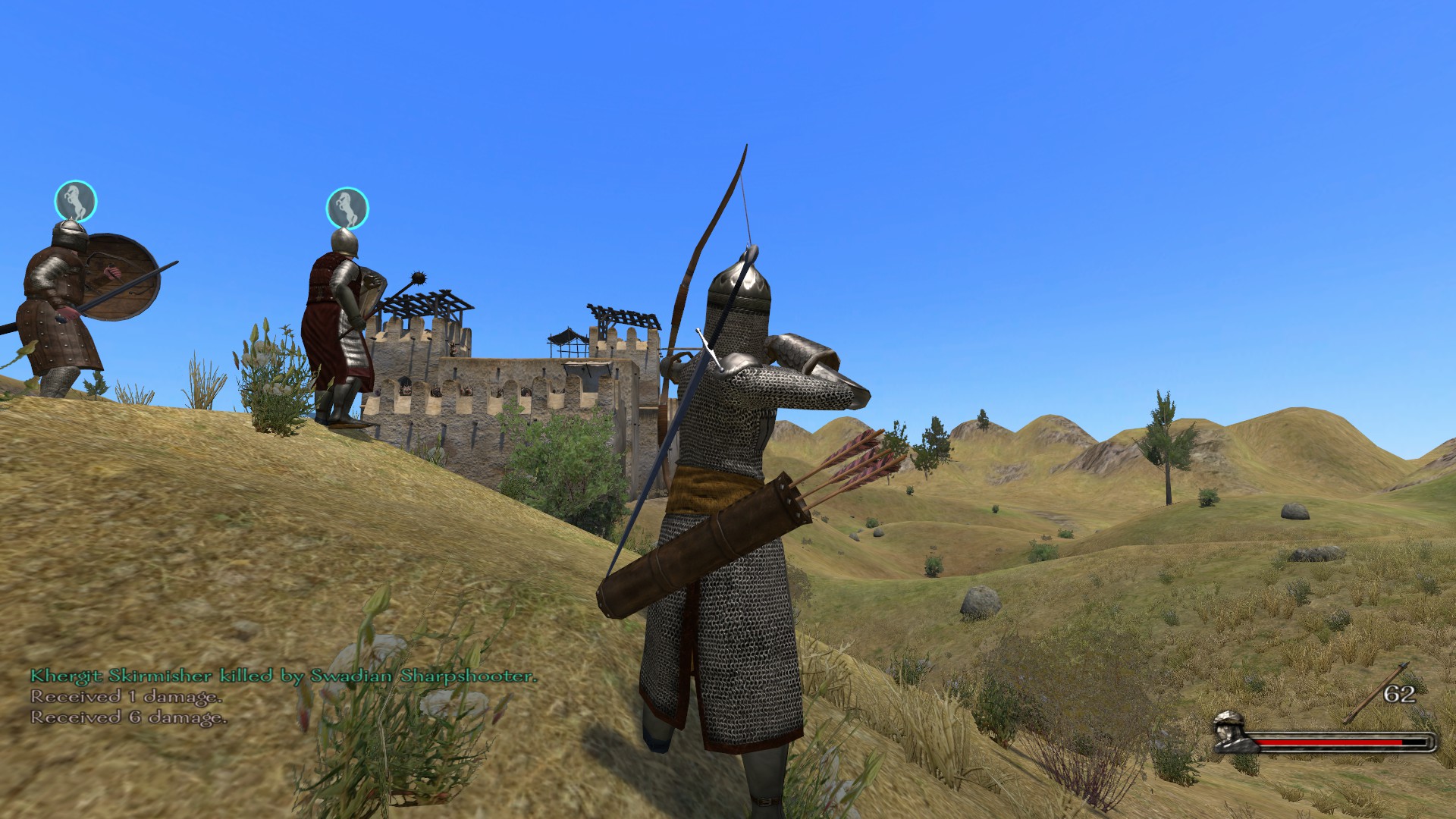 I love Mount & Blade for both having the strategical and the action-oriented elements, and for, despite being in a fictional world, really giving me a feeling of how these kinds of battles could feel in the medieval age.

Also, I haven’t been able to find the name of the artist, but there’s some seriously gorgeous artwork going on in the menus (Edit: I contacted Taleworlds, and they said that the artwork is created by several artists and should be credited to their whole team). It’s really quite realistic and is adding a lot to the gritty medieval atmosphere. The rights to the image below belong to Taleworlds and whoever the artist is, I hope they don’t disapprove of me showing it here. 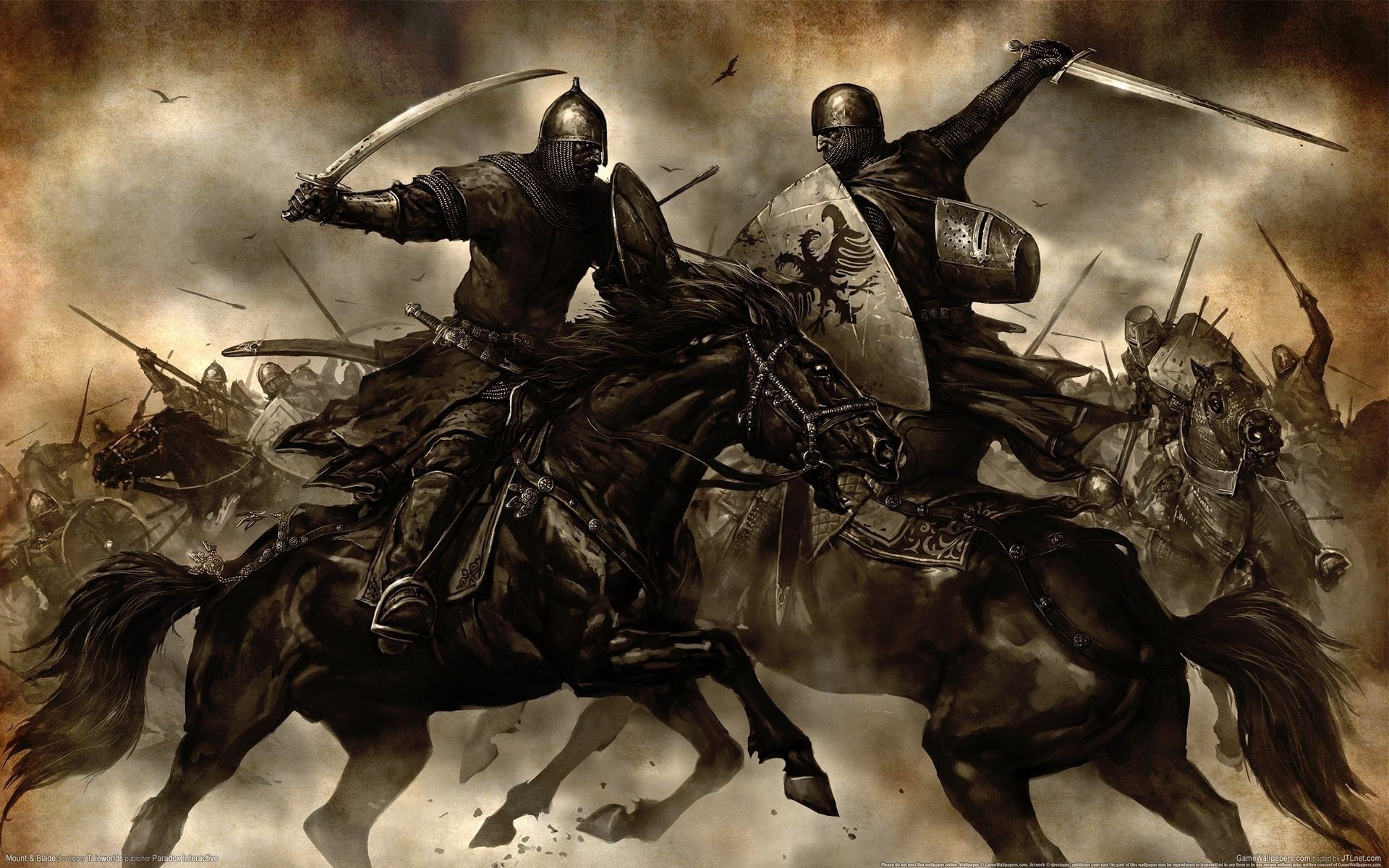 This in turn leads to the other point of this post. The Horse study.

I actually trained horse riding for several years growing up, and horses have a special place in my heart as well as in history and fiction. So, in connection with this Mount & Blade post, I decided to sketch some horses.

I’ll see if I develop this model in future study posts, but for this time I simply slapped a bunch of horse reference images into photoshop, started redrawing them and finished off with spending a bit more time on one of them in the middle. The knight doesn’t look incredible, but the horses was the more important subject this time, so it’ll do. I only spent a few hours on this exercise anyway. 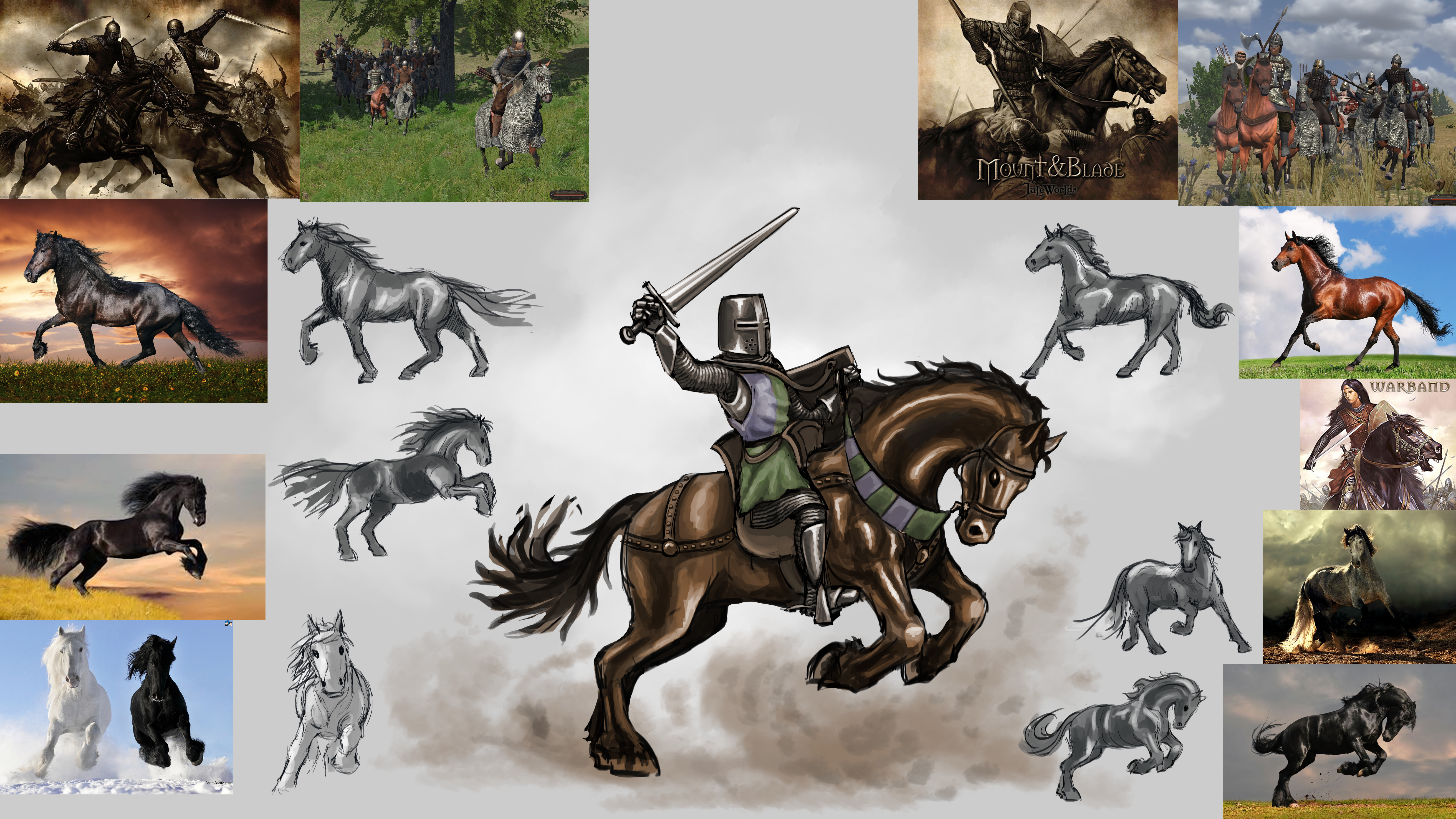 Thanks for reading this, more posts about studies and inspirational subject will come in the future. Have a great day!