Just quickly uploading the last deck of tiles in my board game. This meteor deck is a neutral deck from which all player can draw tiles if they wish, instead of drawing from their own deck. In most cases drawing tiles from your own faction deck will help you gain points, but drawing from the meteor deck will give you the oppurtunity to subtract points from your opponents. The deck symbols the raging powers of the meteor and the faction generals attempts at taming the powers for their own cause. 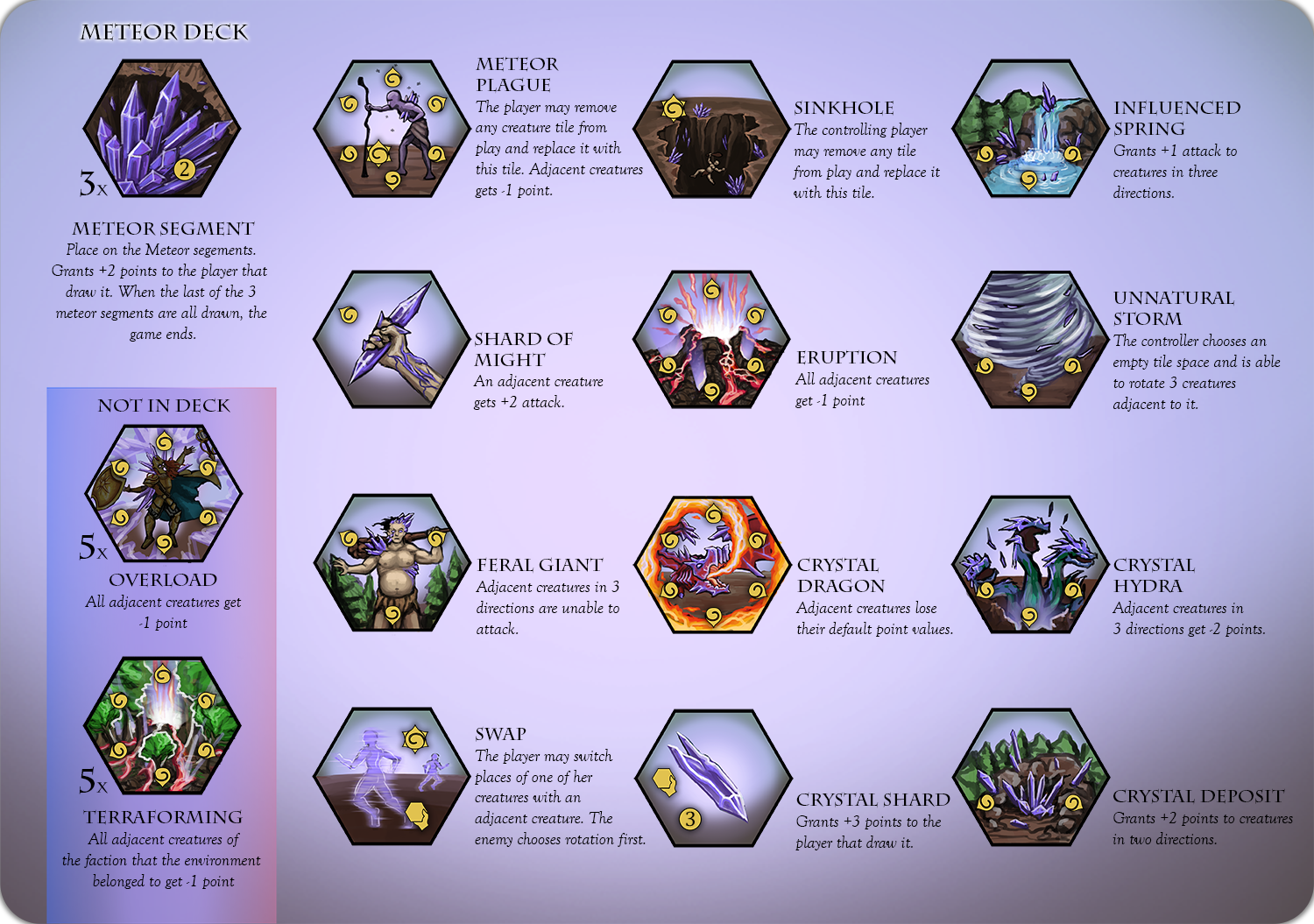 Another important factor of the deck are the three Meteor Segments that are shuffled into it. When the last of the three are drawn the game will end, which basically means that the game can be anything between 3 and 70 turns long depending on  luck and how often the players choose to draw from the meteor deck.

The Print-and-Play is almost finished. I’ll print it today or tomorrow and test it with the local board game community for potential errors and then I’ll upload it here so that you guys can try it out.

Thanks for stopping by!